FROM OLYMPIC GAMES TO URBAN GAMES 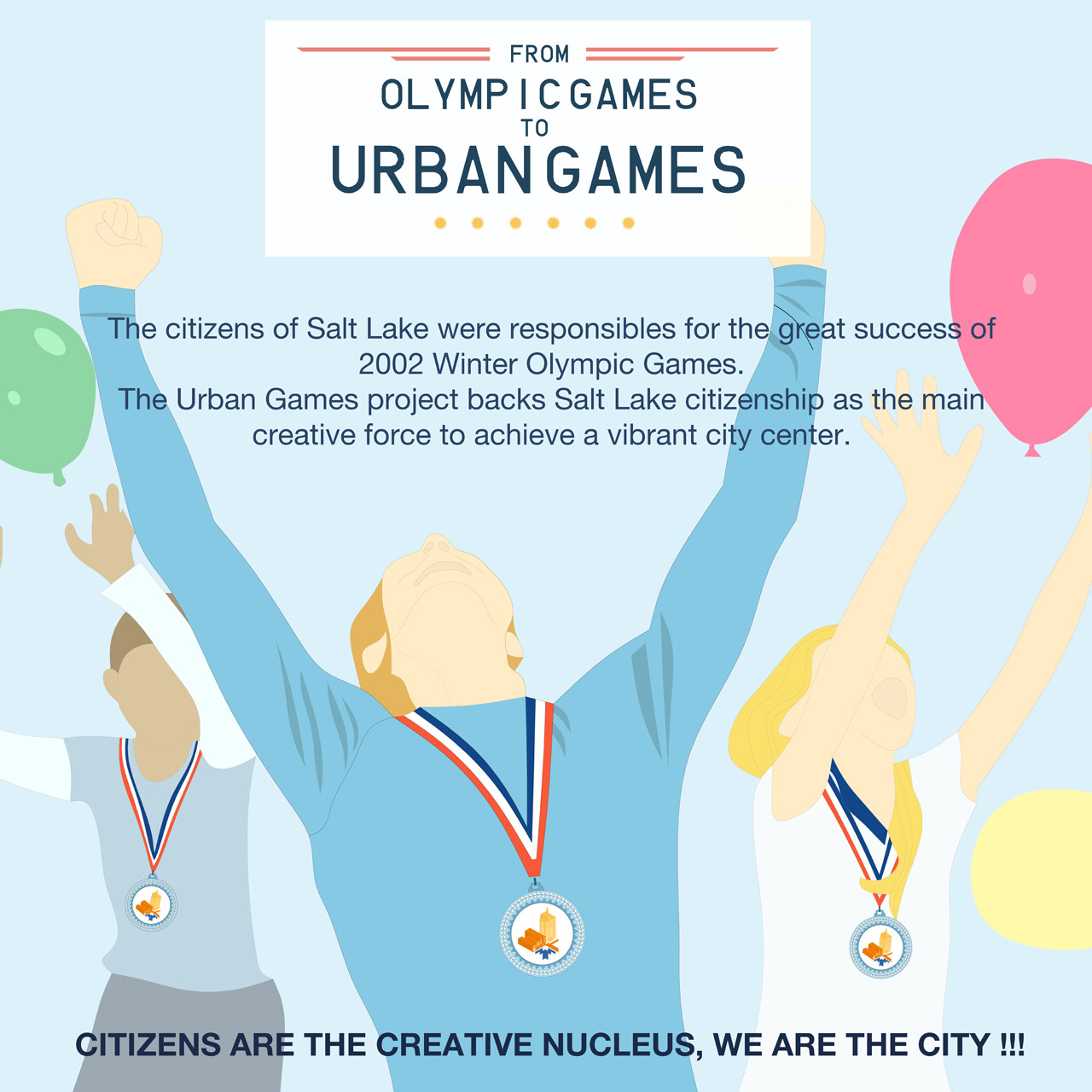 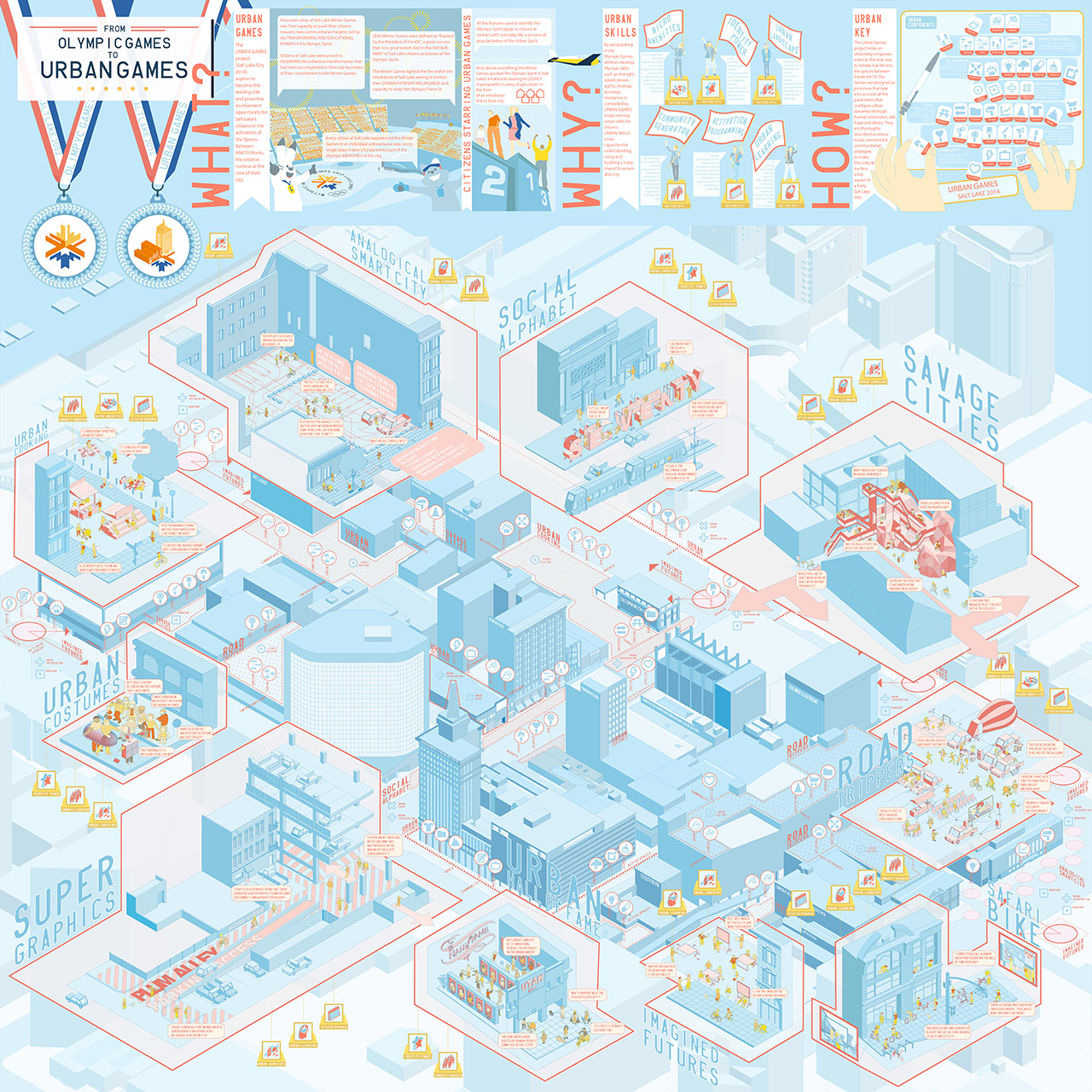 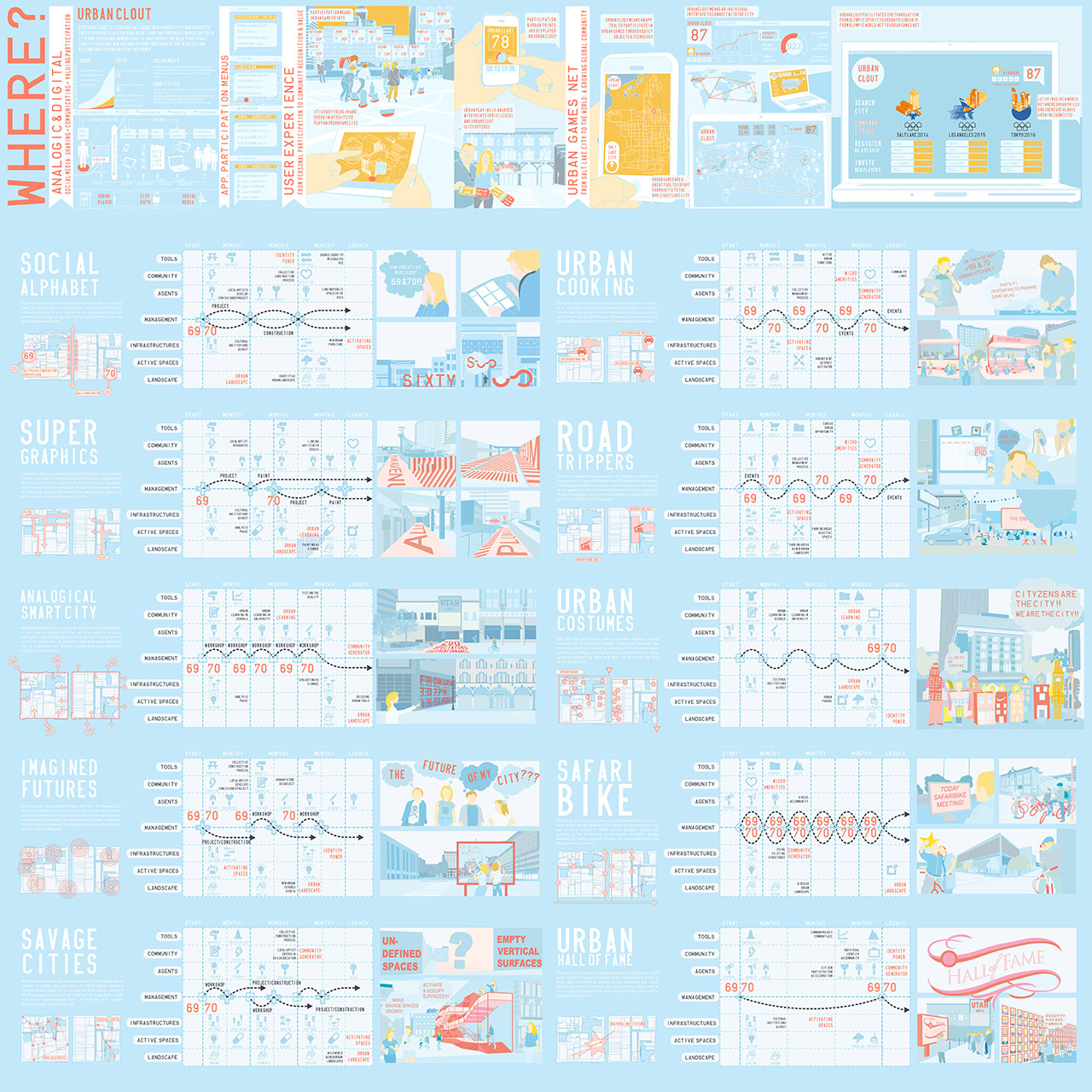 One main value of Salt Lake 2002 Winter Games was their capacity to push their citizens towards new communitarian heights, led by the TRANSFORMING AND EDUCATIONAL POWER of the Olympic Spirit. Citizens of Salt Lake were proud to CELEBRATE the collective transformation that had been accomplished in their city by means of their commitment to the Winter Games.

2002 Winter Games were told to be flawless by the President of the International Olympic Committee, a great success that, that to a great extent lied in the INVOLVEMENT of Salt Lake citizens as bearers of the Olympic Spirit. The Winter Games lit the fire within the inhabitants of Salt Lake setting in motion their COMMUNITARIAN WILLINGNESS and capacity to keep the Olympic Flame lit.

Every citizen of Salt Lake experienced the Winter Games in an individual and exclusive way, every single story makes a fundamental part of the Olympic MEMORIES of the city. And, above everything, the Winter Games sparked the Olympic Spirit in Salt Lake’s inhabitants leaving its LEGACY impregnated in every single citizen in the form of an emotional link to their city.

All the features used to identify the Olympic Spirit apply to the citizens of Salt Lake in contact with everyday life, in a process of popularization of the Urban Spirit that goes beyond the Olympic Legacy.

THE URBAN GAMES project [Salt Lake 2014] aspires to become the leading role and proactive involvement opportunity for Salt Lake’s citizens in the activation of the Spaces Between 69&70 blocks, the creative nucleus at the core of their city.

URBAN SKILLS
By participating in the Olympic Games athletes develop different Olympic Skills such as strength, speed, power, agility, strategy, accuracy, resistance or comradeship. Participating in URBAN GAMES should also imply the training of different Urban Skills. The URBAN SKILLS are the capacities acquired by citizens allowing them to understand, use and build a lively, shared and sustainable city.

What are these urban skills?
1. POWER OF IDENTITY: Empowering local identity means recognizing Salt Lake City’s history & culture but also the importance of every citizen as a singular and unique value.
2. URBAN LANDSCAPE: Considering city space as an interface for citizen interaction implies improving the perception and legibility for an understandable city.
3. COMMUNITY GENERATOR: Generating a community by sharing experiences and promoting teamwork by giving citizens the responsibility & the capacity to manage the city.
4. URBAN LEARNING: A strong community already exists in Salt Lake City, concerned and interested citizens are bound to be the experts of their urban environment.
5. ACTIVATION / PROGRAMMING: Active citizenship put in motion is the strongest cultural value of a city that should be allowed to blossom in order to reach its full creative potential.
6. MICRO AMENITIES: Micro amenities are small appliances (light structures, mobile sets) that are created, co-designed and built as specific hardware to fit the Spaces Between.

URBAN DYNAMICS THE URBAN GAMES project relies on citizenship empowerment as the only way to launch real life into the spaces between blocks 69&70. The Games are designed as PROCESSES that take into account all the PARAMETERS that configure urban dynamics through human INTERACTION, will, hope and desire. They are thoroughly described as educational, emotional and communitarian strategies to make the cultural nucleus a key aspect of a lively Salt Lake City.

What are the elements that configure these Urban Dynamics?
1. LANDSCAPE:
[Ground, Elements, Skyline]
Urban transformation is highly perceived through landscaping processes. How do The Urban Games change the appearance of the city?
2. INFRASTRUCTURES:
[Cultural, Signage, Bike, Pedestrian, Furniture, Parking]
The way a city can be read and understood is unambiguous; identifying its nets and infrastructures is an important part of it.
3. ACTIVE SPACES:
[Activate, Re-Think, Empower, Renew, Celebrate, Link]
Citizens can establish emotional relationships with their cities to the extent that they dream and visualize their potential future.
4. MANAGEMENT:
[Street Festivals, Workshops, Interventions, Performing Events]
Our daily lives perform continuous changes in our cities, as well as those special events that we continuously plan and look forward to.
5. TOOLS:
[Furniture, Adaptability, Schedule, Design, Date, Installation, Costume, Guide, Vehicle]
We relate to our urban environment through actions that are very often carried out according to the tools that are available to us.
6. AGENTS:
[Experts, Volunteers, Sponsors, Users, Teachers, Students, Managers, Journalists]
We all play different roles in a specific game, we are all involved in it as citizens, and we combine our capabilities with those of others.
7. COMMUNITY:
[Emotional, Creative, Mass-Media, Educational]
Establishing different kinds of communities according to different interests and skills is an essential part of The Urban Games.

URBAN CLOUT
Every Salt Lake citizen has influence on his/her city; confronted in their everyday lives they drive actions that operate changes in their city and its future. Urban Clout is inspired by the will to help Salt Lake citizens unlock and understand the power of their voices and actions and to democratize influence.

How does Urban Clout work?
ANALOGIC & DIGITAL
Urban Clout is a strategic tool that combines and connects the analogical and digital influence of the actions developed by citizens while participating in the Urban Games.
SMART CITIES
Urban Clout is connected to the idea of Smart Cities, in the sense that citizens training their Urban Skills are Smarter Citizens using efficient information and communication technologies.
USER EXPERIENCE
Urban Clout is designed to enhance citizens’ experience of the Urban Games. It allows citizens to go from personal participation to community recognition & value. Urban Clout displays citizen participation through Urban Points and translates these points into Urban Privileges.
URBAN GAMES NET
Urban Clout facilitates the translation from Olympic spirit to Urban friendship, from Olympic world net to Urban games net. Let us imagine a world net where urban skills and users are always growing and becoming more closely connected. From Salt Lake City to the World!!